“Marrow to the Bone,” and Other Beautiful Gifts of the Spirit…

“It shall be health to thy navel,

“The gift of the Holy Ghost quickens all the intellectual faculties, increases, enlarges, expands, and purifies all the natural passions and affections…It inspires, develops, cultivates, and matures all the fine-toned sympathies, joys, tastes, kindred feelings, and affections of our nature. It inspires virtue, kindness, goodness, tenderness, gentleness, and charity. It develops beauty of person, form, and features. It tends to health, vigor, animation, and social feeling. In short, it is, as it were, marrow to the bone, joy to the heart, light to the eyes, music to the ears, and life to the whole being.”

-Parley P Pratt (Quorum of the 12 of TCOJCOLDS; deceased)
….

❤ this quote so much! 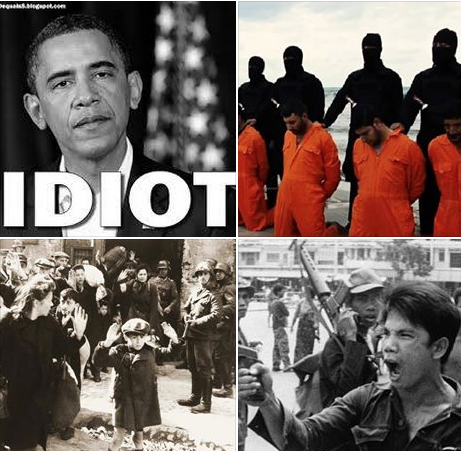 “Ideologies are not defeated with guns, they are defeated by better ideas.”

-The President of the United States of America (Barack Obama)

If you think savages can be defeated with a peaceful,

“But whoso shall offend one of these little ones…, it were better for him that a millstone were hanged about his neck, and that he were drowned in the depth of the sea.” -Matthew 18:6 (in the New Testament)

…
What kind of country do we live in where law-abiding businesses are fined, threatened and demonized for refusing to bake gay wedding cakes, but barbaric baby butchers are hailed by feminists, Hollywood, and a president who asked God to “bless” them? God help us all.”
–Michelle Malkin (❤ her!)
…

(this video is disturbing, but need to continue to get out there )

“A Newfound Calm (Peace, Be Unto You)”

“When disappointment, grief, and fear are gone…”

Just like in this post, the poem above is chock full of some rich scriptural and lyrical allusions, and I just had to explain them a bit!

a. “This morning, there’s a calm I can’t explain” (line 3) is a lyrics from John Mayer’s song “Clarity.” I have always found it fascinating, and I found myself pondering that line as I’ve experienced the sort of peaceful reawakening this poem describes (“calm” is one of my favorite words; read more here).

b. The list of emotionally difficult experiences found in line 5 (“discontent, distress, frustration…”) matches the line of text from “Be Still My Soul” that is found at the end of the poem (“[w]hen disappointment, grief, and fear…”). They are similar grammatically in their use of structural parallelism, and they are thematically alike as well.

c. I played with the “stuck in the mire” idea (line 7) and extended it into the next line, but changed it up a bit  because I wanted to express that I got unstuck. I’ve always really liked the word “conquer,” so I employed it here (line 8). Also, I’m quite certain that the “ox in the mire” Biblical phrase/ idea influenced my wordplay here.

d. “Peace Be Unto You” (line 9) is a direct quote from the Savior. Pretty straightforward 🙂

e. “[R]isen from the dead” (line 10) is another no-brainer reference. But to add just a bit of detail, the picture on the top left is a still from an LDS Bible video in which Jesus raises Jarius’s daughter. Cool!

f.  “The moment of great alarm” (line 12) is a line Joseph Smith used to describe the great darkness and destruction he experienced just prior to being delivered from the adversary and witnessing the First Vision of Jesus Christ and Father in Heaven.

g. My closing couplet (lines 13-14) sort of wraps up the poem (as is customary for the couplet at the end of Elizabethan sonnets) by saying how even though I’ll experience hardship again, this newfound peace is a turning point and still quite valuable. I chose J. Mayer’s quote “No, it won’t all go the way it should; but I know the heart of life is good” as one of my 4 graphics, as I felt is perfectly encapsulated the feeling I desired to convey.