The afterlife…what do you think? 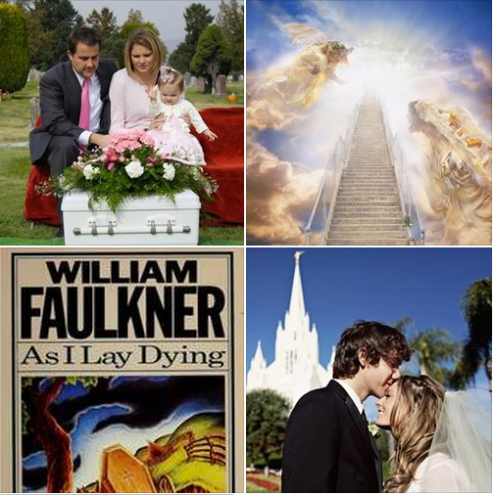 The idea of an afterlife (heaven, hell, etc.) has been around since the beginning of time. Writers, philosophers, and theologians have wondered, postulated, and even prophesied about the state of man in the hereafter.
…
Many people (myself included) believe that some (profess to) believe in an afterlife as more of a defense mechanism against the harsh reality of death, rather than as an actual conviction. But that’s not why I believe in it 🙂  More to come on this later.

Why do YOU believe (or not believe) in an afterlife?

“Our birth is but a sleep and a forgetting; The Soul that rises with us, our life’s Star, Hath had elsewhere its setting. And cometh from afar; But trailing clouds of glory do we come From God, who is our home.”
…
-William Wordsworth (“Intimations on Immortality”).

Tagged as As I Lay Dying, William Faulkner