Art with a message

I’m not really into art for art’s sake. You know, the artsy fartsy stuff (think Moulin Rouge). But I’m definitely not feeling the whole blatant political/social agenda thing, either. I like to think of myself as being somewhere in the middle of the spectrum. “Art with a message” is what I’ve heard it called before. I like that.

The American writer Charlotte Perkins Gilman had a similar philosophy. Her EVER influential piece “The Yellow Wallpaper” certainly made a bold social statement, but not at the expense of exquisite artistic details.

And speaking of Gilman, my last semester at BYU, I wrote a paper (read it here!) where I argued (with textual evidence to back it up) that the unnamed narrator in TYW goes through a metaphorical death and rebirth through her experiences with the wallpaper. I was ecstatic to have the opportunity to present my paper at a few literary conferences, the most remarkable being a conference that focused exclusively on Gilman herself and her subsequent oeuvre. I was rubbing shoulders with literally the world’s most knowledgeable scholars on the author. A dream come true, I’d say.

ANYWAYS… just wanted to say that I think it’s important to strike a balance. 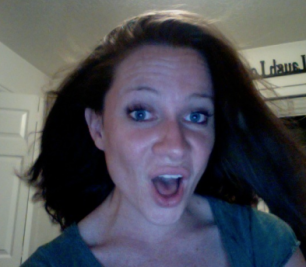 I’m not a politician,

but I’m not an avant garde weirdo, either.

Tagged as art with a message, feminism, Moulin Rouge, propaganda, The Yellow Wallpaper