Joe Biden is a complete and utter dirt-bag. Harsh? Absolutely.

American Vice President Joe Biden is a dirt-bag. Politics aside, time and time again he has shown himself to be a slimy, sketchy person who has arguably committed (borderline) sexual harassment through his media-documented tendency of getting handsy with unsuspecting women.

AND he’s prone to belittling, and even bullying (overtly or covertly) those with opposing views (often about critically important issues, I might add), often with the attempted disguise of a sickeningly unnatural white smile and insulting (and annoying!) cackling laugh (Paul Ryan debate, anyone?). Our Vice Prez could rightfully be considered the quintessential poster-child for perverted, (morally AND sexually) corrupt, self-interested politician. 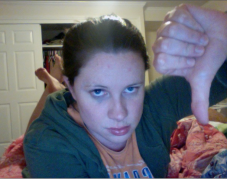 I wish we’d be (figuratively) fightin,’

Am I being harsh? Unapologetically so.

Got a problem with it?