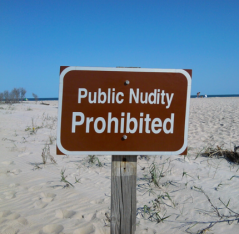 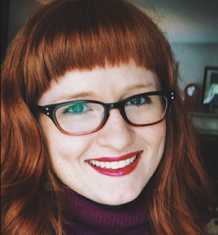 There is a new photography collection by artist Katrina Barker Anderson of Mormon women posing nude (google at your own risk, which some of you will because you’re pervs).  It’s done in the name of the women reclaiming themselves from a culture of shame about their bodies.  Come on, ya’ll.  I know you have good intentions, but that is ridiculous.  Posing NAKED?!  How are your children gonna feel knowing there are naked pictures of their mothers online? (hint: super awkward).  Listen, the female body is beautiful and divine.  Yes, throughout history there has been shaming of women’s bodies and sexuality.  These types of behaviors and attitudes are unacceptable.  But that does NOT mean ya gotta show us all you got!  Because it’s sacred, keep it covered (except for yourself and for your husband, who will totally love it!).  Not because it’s ugly or shameful, but because it’s personal!  Goolly, this REALLY is inappropriate (understatement).  Go on and say I’m judgmental if you’d like.  Some of you undoubtedly will, and that’s ok.  But an exhibit of Mormon women posing naked?  No way, Jose.  I’m not saying it’s pornography, but I AM saying that it’s extremely inappropriate.

Oh, and if any men deem this collection to be wrong, the artist and her models will cry of oppressive patriarchy.  So take it from a fellow Mormon woman:

PUT SOME CLOTHES ON!

And when in recent history has something good coming of posing nude? Pretty much NEVER.  Some of you might say, “but it’s art!”  That’s a slippery slope, and I really believe we’d all do well to avoid it.  Taking naked pictures of yourself is never a good idea, ESPECIALLY in our digital age.

You can be pretty and feminine and STILL keep your clothes on.  I am living proof of that 🙂