The ObamaCare site is quite a fright, and it’s NOT alright! 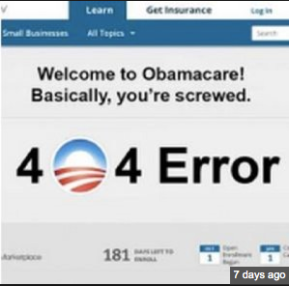 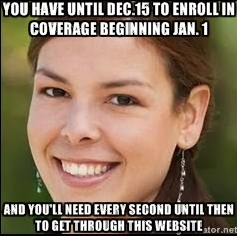 There are times when I’ve been embarrassed of certain (well-known) Republicans, but any Democrat/ Obama supporter in his /her own right mind has to be humiliated right now by this whole website fiasco. Even if you somehow happen to be a fan of the “plan,” don’t you agree it’s pathetic that they can’t even get that thing up and running right?! 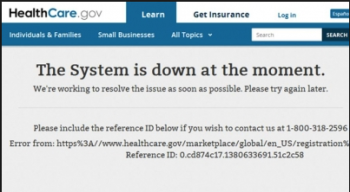 It’s dumb things like this that make me really wish we had people who knew what they were doing….

“You know that something isn’t right

when all my heroes are in black and white…”

But sadly, that’s not the case.  At the risk of sounding like a jerk, we have some REALLY stupid people at the head of our government.

The ObamaCare site is quite a fright,

and it’s NOT alright!

One response to “The ObamaCare site is quite a fright, and it’s NOT alright!”